With today’s games, players are looking not only for good action and fun, they are also looking for beautiful scenery and depth. They want to see that the world is bigger than they’re actual reality. They want to world to come alive around them. Attention to detail, not only in the main game play but in the background, is becoming very crucial in today’s multiplayer video games.

The producers behind Wind of Luck truly paid attention to detail. They put lots of time into each part of the game to ensure players could play in a beautiful world with beautiful ships, for a preview of the games beauty see the images below or visit this link.

A scene from one of the Asian Regions 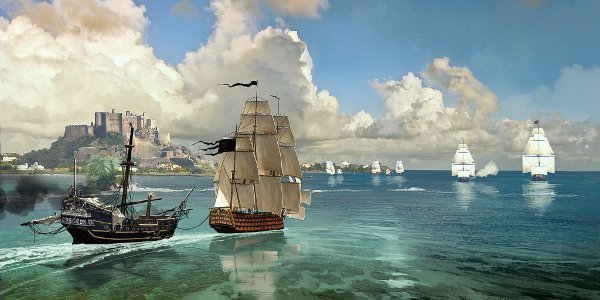 There are many ships available for players to play with in WoL. Each ship has very different qualities about them. Whether it be size, hull, sails, or speed, there is something making them different. The ships look very well modelled and it shows that the creators took their time with developing the ship models.

As there are six maps in Wind of Luck, producers clearly didn’t want to make each map look the same. Like the ships, they wanted to make sure that each map had different features and characteristics. They wanted to make sure that players could tell which island was which based off of pictures. Some maps have small little islands where as some are one big island with small rivers.

ALSO READ  Is Smart-Technology Beneficial for Our Lifestyle?

The islands have so much detail put into them and players can’t even go on them. The fact that they put time and care into developing beautiful islands truly shows dedication.

Make Your Own Way to Play

The amount of freedom that producers left for players in the battle modes also add so much to the game. Players are able to make their own ways to play. There are no specific rules, there is no same way to play. Players can turn the game into their own game, in some sense. They can create their own strategies, some that work, to help claim themselves as victor. The game is very fun and interactive.

ALSO READ  7 Tips To Consider When Purchasing The Guitar

The producers truly put in a lot of work with creating a game that is not only fun, it is beautiful and allows for players to explore their creative side. Games that allow such depth of interaction are always the most fun ones to play. The game has so much potential and will become something that millions of people want to play.

The game has really high quality graphics and models and it shows. Everything about this game is stunning, the ships, the mechanics, avatars the water and sky textures. Even the islands in the distance are beautiful. What other game offers such quality gaming?

This review was supplied by Mark Stubbles, before Mark found Wind of Luck the closest he got to gaming was poker.