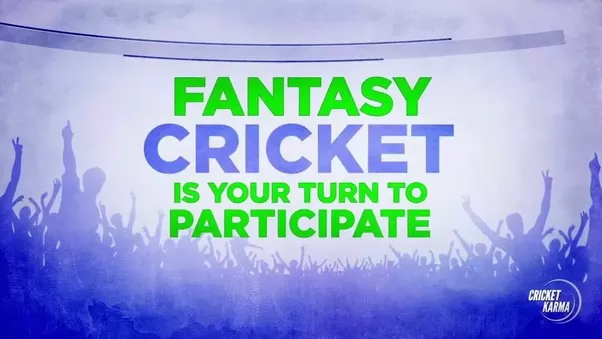 Fantasy cricket has gained popularity among cricket lovers in a short time span. You will be surprised to know that more than 75 million people are already hooked to this altogether a new gaming experience. The number is going to increase in the coming time, and we are sure that many cricket enthusiasts will make a lot of money by participating in online fantasy cricket. If you are new to the concept, let us give you a brief overview of fantasy cricket and how to play fantasy cricket league.

In fantasy cricket, every player gets the opportunity to make a virtual team of real cricketers. You score points based on how the cricketers that you have chosen in the team perform in a real match. The fantasy cricket match has batting and bowling orders, and you need to create a strategy for the entire match to win it.

You have to create a team of 11 players and two substitutes. Although there’s no limitation to the number of bowlers, batsmen or all-rounders you can have in the team, it is always better to create a balance. Another thing to take care of is that you can select a maximum of three players from one club. We recommend you to have at least four batsmen, one wicketkeeper, two bowlers and one all-rounder in the team.

Similar to real matches, there are three formats in fantasy cricket match. These are:

Rules of the Game

Fantasy cricket has the same concept that is followed in Twenty20 matches. Your team will compete against the remaining teams that are registered for the league. The team that scores maximum points wins the league. There are mainly two types of fantasy cricket leagues:

Private Fantasy Cricket League – A registered user creates a team with associates or other friends. The entry in this type of league is restricted to invitation only. You can join the league by creating a team or accepting the invitation sent by other group members. Any member can create a private fantasy cricket league.

Public Fantasy Cricket League – In a public fantasy cricket league, it is the administrator of the website who will create a league and invite the members. Most of the leagues (unless paid) have free entry. Such type of leagues are created mostly during ICC and other popular matches.

How to Start Playing?

Finding a reputable fantasy cricket website is the first step to be a part of this growing community. Here are the steps to follow afterward:

Fantasy cricket is a great way to use your knowledge and skills about cricket to earn real money. Though there are many websites offering fantasy cricket playing opportunity to cricket lovers, you must read the reviews and learn more about the credibility of the website before registering. Also, it is a good idea to know the fantasy cricket points system before you start playing the match, as this will help in creating a better team and increasing your chances of winning the game.

Swimming is an excellent exercise and the sooner you realize this, the closer you get ...