We are very aware of the Italian car maker Fiat. Dating back to 1899 they have been making cars for over a century and their Topolino and Panda cars are regarded with great affection. However, as with many other vehicle manufacturers they soon turned their hand to creating military hardware. At the end of the First World War, the Italian army needed a Tank to complete with the British Mark V’s and the Germans. Seeing as the Tank’s first conception was by Leonardo Di Vinci it was certainly the place for a new one to be born and the Italian military were certainly keen to have one. They were not readily for sale so the Fiat Corporation were charged with making one. Sadly you can’t drive one now but to get an idea as to what it was like you could look no further than a Tank Driving activity at www.armourgeddon.co.uk/tank-driving-experience.html. They will give you a perfect overview and it’s also great fun. 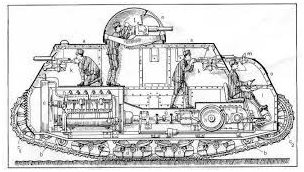 The request was made in 1916 but it took Fiat a further 2 years to complete the project coming back to the military when the war was pretty much over. Undeterred the Army realised that a decent tank might come in handy so they were happy to ok production. The Tank is considered to be one of the best early models. It is a heavy machine and was much more substantial than the British Mark V’s being double in weight. The driver sat forward and had good vision and, crucially, the engine was in a separate area from the crew. In the Mark V, for example, the engine was right in the middle of the Tank covering the crew with noxious fumes and deafening them. 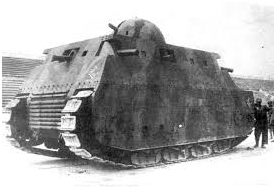 Although it was extremely heavy it was considered an excellent innovation in tank design as it was not rhomboidal and featured a three hundred and sixty degree firing circle as it had a rotating turret. Mark V’s could only fire forward.  The tracks were also partly covered over the totally exposed British version. One of its drawbacks was that due to its weight it was totally fuel inefficient.  To make space for the engine under the crew the fuel tank was reduced and it only had a range of 45 miles.

Some argue that due to its rotating turret, design, armament and weaponry it is the really template for the modern tank we have today.