Time flies fast. It’s not being long since people were talking about the hottest jobs and IT trends of 2015 and the New Year 2016 is already knocking on the door. Therefore it makes all the more sense to move forward and look towards the upcoming hot skills and jobs that will earn you the best salary.

If you are seeking a job change or a new job then these are certainly the best as well as the most challenging times. While there is no dearth of good job opportunities in the market, the competition is brutal. The employment market is overrun by candidates who are not only academically sound but also have plenty of superlative work experience under the belt. Companies are desperate to increase their profit margins and are not shying from paying high paychecks to their employees. Therefore it is kind of a win-win situation for both, the employers and employees. Robert Half Technology 2016 Salary Guide came up with the jobs that will experience the maximum gains

Earlier internet was all about LAN cables, switches and routers. However, with advancement of technology we now are living in the wireless era, where internet connectivity is no longer dependent on the usage of long LAN cables. More and more organizations are taking the wire-free route to connect remote and mobile workers to each other and to the web. There are various wireless technologies trending these days such as WI-FI, Bluetooth, Infrared, NFC, Satellite communication amongst others.

A wireless network engineer works on all these technologies and more. His work is to design, implement and optimize a company’s wireless technologies. As per a survey conducted by CISCO in 2009, 65 percent of IT managers were looking to add wireless networking roles in the coming years. Come 2015 and we are already witnessing so many new wireless networking jobs in the IT market. Since wireless network engineering is on the cutting edge of the communications technology, professionals working on this technology are paid well. As per the Robert Half Technology 2016 Salary Guide, these engineers are expected to experience a gain of around 9.7% in their 2015 salaries which is already an impressive $99,000 to $137,500.

With the evolution of cloud based computing and data based decision making, companies are betting big on data scientists who can make sense of the enormous amount of available consumer data. However, the best person to turn this data to gold through a data analytics application is a good big data engineer. Big Data Engineers are a hybrid of data scientists and engineers. They are indeed a new community who require understanding of some latest concepts like data analysis, data warehousing, data transformation and data collection. Although every role is different, and it is not mandatory that the company hiring a big data engineer would ask for expertise in all of the above said concepts, but eventually for getting success in this IT job you will have to have the knowledge. A big data engineer is an all-rounderwho works with as a bridge between downstream analysts and the upstream data scientists.]

A programming background is always beneficial for getting a new job. While data scientists are still on the top of the hierarchy all the same data engineers have the biggest impact on a company’s data analytics aspirations. According to the survey, the big data engineers were drawing around $119, 250 to $168,250 annual salary in 2015 which should expect a bump of 8.9% in 2016. The new salary range will be between $129,500 and $183,500. 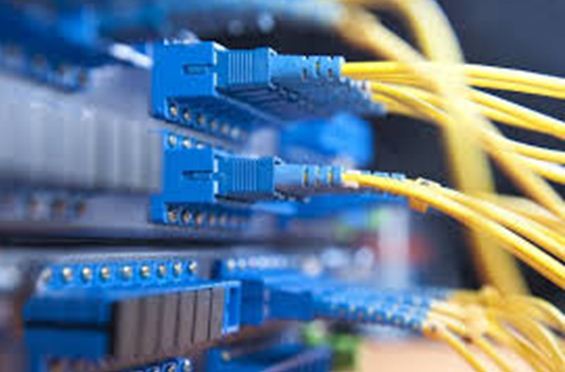 The relatively new technology big data has given rise to another job alongside which is often called by the fancy term data scientists. Although the scope of data science and data scientists is much greater than big data, their utility has been more appreciated in big data owing to the increased volume of data being examined. Data scientists have evolved out of erstwhile data analysts or business analysts as the educational training is more or less similar. One needs a formal training in computer with solid foundation in programming and exceptional analytical skills. The best data scientists work on relevant business problems and give solutions which are the most productive for the company.

Evolution as data scientists requires you to have an inquisitive nature, a person who can study data and spot the latest trends. These are the individuals who are responsible for bringing a change in the organization, almost like renaissance. The biggest difference between data analyst and data scientists is the source of information. While a data analyst only looks at a single source such as CRM, a data scientist studies multiple sources. He will go through the stream of incoming data and churn it to find a previously undiscovered insight that can help provide a competitive advantage to the company. With such great responsibilities, it is natural that they are paid really well. As per the survey, data scientists earned a median salary of $103,000 to $138,000 in 2015 which will further rise 8.9% to $109,000-$153,000.

When we talk about the high paying IT jobs there is an inevitable mention of network security engineers who make sure that all the data travelling through the wired and wireless network is safe and secure, away from the prying eyes of hackers. If you wish to make a career in networking jobs, a job as network security engineer is what you should be aiming at. Not only do they make sure that networks are always running but their role also entails handling any mishap and bouncing back to the original state. Network security engineers have all sorts of IT backgrounds such as programming, testing, information security amongst others. The job readiness mainly depends on completion of industry standard certifications such as CCNA, MISCP amongst others. Top vendors like Cisco and Microsoft award these certifications and therefore they are recognized all throughout the industry. The survey conducted revealed that network security engineers earned a respectable annual salary between $105,000 and $148,250 which will increase to $110,50-$160,50, a jump of 6.7%.