Road studs, or Cat`s eyes as they are more commonly known, are reflective safety devices used on the road surface to supplement longitudinal road markings, aiding visibility at night. They are particularly useful in wet or foggy conditions.

In their original form, Cat`s eyes consisted of two pairs of reflective glass spheres set inside a white rubber dome, mounted onto a cast iron housing. Technological advances have altered the design in recent years but the basic philosophy remains unchanged.

They were invented by Percy Shaw, who lived near Halifax in West Yorkshire. When tram lines were removed from a nearby suburb, Shaw realised that he had been using the polished strips of steel to navigate at night.

Eager to compensate and inspired by the shine reflecting from the eyes of a cat, Shaw invented the original Cat`s eye, which he patented in 1934. In 1935, he founded Reflecting Road Studs Limited in Halifax to manufacture the items, which are now used all over the world.

However, road studs come in many colours and it is important to understand their function as a road safety tool. Indeed, this information now constitutes part of the theory test for the DVLA driving licence.

White road studs are most commonly seen. They are used in the centre of many roads which lack street lighting but which experience high volumes of traffic. They are also used for lane markings, soft traffic islands and on double white lines where overtaking is not permitted.

Red road studs are placed along the hard shoulder of motorways and dual carriageways as well as the nearside (left) edge of major A and B roads.

ALSO READ  Caring For Your Tyres: How To Increase Tyre Life 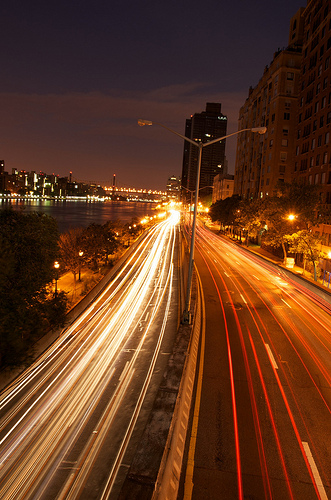 Amber road studs indicate a line which should not be crossed on the right hand edge of a carriageway i.e. the central reservation of a dual carriageway or the right hand edge of a one way road. Amber road studs are often bi-directional, with red reflectors on the reverse side used when traffic is running in a contra-flow situation as part of temporary traffic management.

Green road studs indicate a carriageway edge which can be crossed, such as the edge of an acceleration or deceleration lane at a junction or across the edge of a layby. They are also used at lane drop junctions or right turn lanes on dual-carriageways to demarcate the exit lane.

Temporary road studs are used as part of temporary traffic management schemes to mark temporary road layouts. These road studs have a fluorescent yellow/green body so they can be seen in daylight as well as a uni-directional amber reflector for use at night.

In recent years, there have been a number of fatalities among road workers, prompting organisations such as the Highways Agency to look for ways of improving health and safety on the UK`s road networks. A new generation of road studs have been developed which can be “clicked” into place rather than using the traditional bonded method.

This has dramatically reduced the exposure time for road crews replacing road studs from eight minutes per unit, to around five seconds. This has resulted in reduced labour costs, shorter exposure times for road crews and minimal disruption for drivers due to extended lane closures.